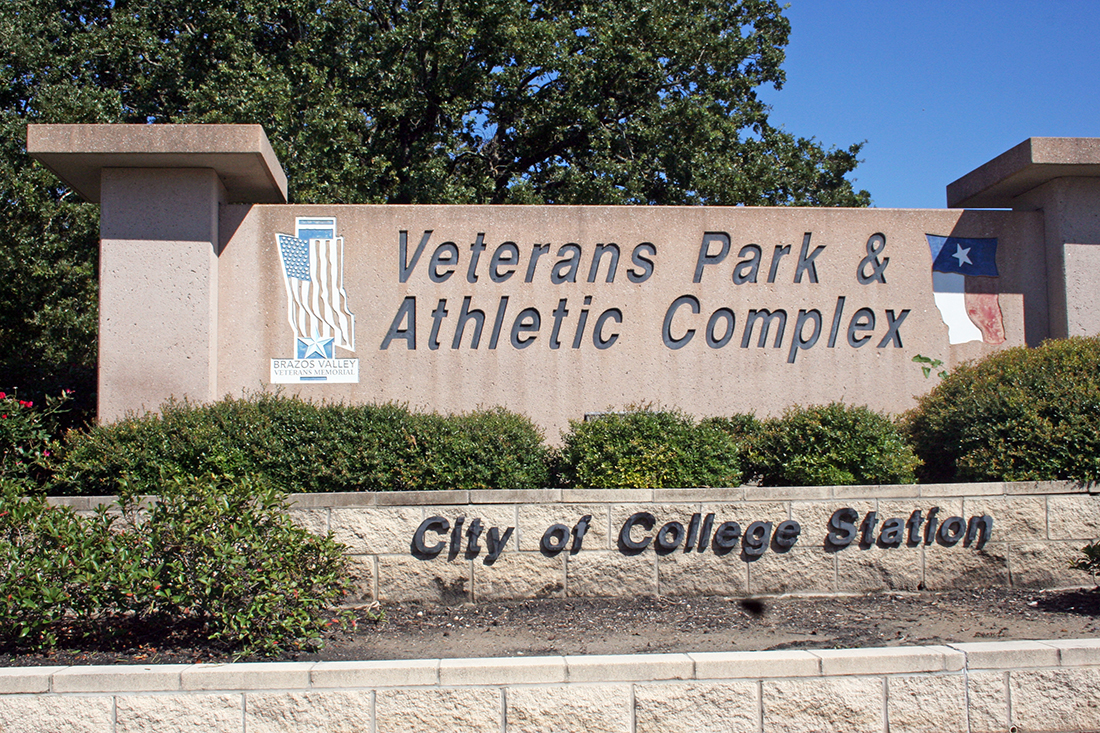 BRYAN-COLLEGE STATION, TX – In some parts of the United States, softball fields are closed after Labor Day weekend or at the very least by the conclusion of Worlds in September. Such is not the case in Texas, where Fall months provide the most pleasant weather of the year. Combine that with a fertile market of teams who have a passion for the sport and it is the perfect recipe for big tournaments in the latter months of the year.

Blue skies and sunshine greeted 118 of the top adult slow-pitch softball teams in Texas to Bryan-College Station on October 27-28 for the annual South Texas Fall Budfest. Temperatures in the upper 70s made for perfect playing conditions for the visiting teams and the award-winning event again displayed the ingredients that make it the most popular in Texas – fun, friends, food, camaraderie, competition and plenty of ice cold Budweiser beer.

Games were played at Veterans Park in College Station and the Bryan Regional Athletic Complex in Bryan. The tournament began with a Home Run Derby and the Men’s 35 & Over division on Friday night and the rest of the divisions played on the weekend.

“I continue to be both humbled and amazed by the consistent support that the teams of Texas show this tournament every year,” said tournament founder Greg Huchingson. “A lot of hard work and support from many people goes into making this event happen and when it all comes together and runs as smoothly as it did this year, it is very gratifying.”

Huchingson also credited Ron Longoria and Alan Bingham of Jack Hilliard Distributing Company, the Central Texas supplier of Anheuser-Busch products, for their continued support of the tournament. Experience Bryan-College Station and the Parks Departments of the Cities of Bryan and College Station also helped make the event a success.

The highest division of the tournament was Men’s B/C which drew eight teams and was played at Veterans Park. Washouts/Paul Ryan Windows from Spring lost their first game of the tournament to the Dragon Wranglers from College Station (17-12). Then manager Sean Crawford’s squad dropped to the loser’s bracket and went to work. They scored consecutive wins over R&L Sports from San Antonio (7-0), DC/Sucka Free/MVP Sports from Houston (17-12), Dirty Vegas Sports from Beaumont (11-10) and the Dragon Wranglers in a rematch (22-17) to advance all the way to the championship game. The Washouts knocked off GamOver/Findmycompany from Austin in the title bout (15-10) then finished the double-dipping by winning the second game (15-8) to take the crown.

“This was one of our best ever tournament wins, that a fact,” said manager Sean Crawford. “We fought back from big deficits in several games.”

Washouts won the B/C division with a 6-1 record, while GameOver settled for second place at 3-2. Dragon Wranglers took third place, followed by Dirty Vegas in fourth and DC/SuckaFree/MVP and GVMS/Old School/Steel from Houston tied for fifth.

Ethan Maresh of Washouts was named Most Valuable Player of the Men’s B/C division and Joel English of GameOver was the Gold Glove winner. Other members of the All-Tournament team were Cody Emerson, Cory Moszkowicz, Aaron Lawson and Ricky Demann, of Washouts; Blake English, Jacob Morales and Kevin Stark, of GameOver; Matthew Clayman, Ryan Hornback and Chase Wheaton, of Dragon Wranglers; and Jeff Smith and Robert Pearson, of Dirty Vegas.

The Men’s D division featured 23 teams and was played at Veteran’s Park. Worth It from Pasadena lost their first game of the tournament to Rascals/Team Cana from San Antonio (19-17). Worth It dropped to the loser’s bracket and reeled off seven consecutive wins over Primetime from Liberty (14-12), FTS from Porter (14-2), Texas Hitmen from Bryan (14-10), 210 RH from San Antonio (9-8), BTX from Beeville (12-11), ETX Kekambas from Tyler (14-13) and Easy Money from Temple (18-12) to make it all the way to the championship game.

On the other side of the bracket, Money City Mallards from Austin won their first four games to advance to the championship undefeated. The Mallards defeated Hard Luck from Corpus Christi (16-10), Texas Hitmen (15-9), ETX Kekambas (17-16) and Easy Money (7-0) to get to the finals. But the Worth It bats stayed hot and they completed the improbable sweep with two more wins over Money City Mallards (16-15, 18-14) to claim the championship with a 9-1 record. Money City Mallards settled for second place with a 4-2 record, Easy Money came in third, ETX Kekambas finished fourth, and BTX and The Select Few from Galveston tied for fifth.

Brandon Beam of Worth It was named Most Valuable Player of the Men’s D division and Pat Dorman of Money City Mallards was the Gold Glove winner. Others named to the All-Tournament team were Matthew Ferguson, Sean Hoffman, Eric Sessom and Kyle Graham, of Worth It; Stephen Bagwell, Conner Kelly and Matt Aubrey, of Money City Mallards; Jorge Dominguez, Donte Lapoint and Nathan Kepler, of Easy Money; and Colt Fields and Kylor Morris, of ETX Kekambas..

The Men’s E division featured 46 teams and was played at the Bryan Regional Athletic Complex. Money Ball from Waller went undefeated through six games to take the title. Money Ball defeated Sox/ADL of Houston (21-2), Burn Out from Nederland (13-1), No Clue from Missouri City (19-3), Just In Time from Boerne (14-5) and Black Oops from Tomball (11-10) to advance to the championship game. CTX Cash/Berserk Athletics from Austin won their first two games before being sent to the loser’s bracket by Black Ops. But CTX Cash reeled off five straight wins in the loser’s bracket, including a rematch with Black Oops (13-8), to advance all the way to the championship game. But Money Ball held on to win the crown in a nail-biter (17-16).

Champion Money Ball finished the tournament with a 6-0 while runnerup CTX Cash finished at 7-2. Black Ops came in third place at 4-2, No Dice Sports/Brent’s Cooler from Irving was fourth at 7-2 and Softball Kings from San Antonio and Just In Time tied for fifth.

Mario Morua of Money Ball was named Most Valuable Player of the Men’s E division and Michael Cassidy of CTX Cash was the Gold Glove winner. Other players named to the All-Tournament team were Derrick Washington, Taylor Cobb, Brad White and Daniel King, of Money Ball; Kenner Frazier, Jonathon Guillen and Marcus Traxler, of CTX Cash; Pete Montes, Javy Valdez and Cody Ferguson, of Black Ops; and Tyler Seay and Aaron Friedman, of No Dice Sports.

Casey Santos of Lady Diamondbacks was the Most Valuable Player of the Women’s division and Michelle Erekson of Lady Blue Jays was the Gold Glove winner. Other members of the All-Tournament team were Heather Scully, Mariah Alvarez, Kim Whitaker and Danielle Duncan, of Lady Diamondbacks; Melissa Zimmerman, Deanne Wedgehaupt and Lisa Gillette, of Lady Blue Jays; Courtney Cox, Kendra Wilson and Danielle Vasquez, of Lady YNK; and Olivia Flores and Stephanie Mendoza, of Suicide Squad.

Fresh off a disappointing trip to USSSA Worlds in Florida, U2/UH Family/OSS from LaFeria returned to Texas an promptly won the Mixed B/C division at Fall Budfest. U2/UH posted wins over Thrive254 from Gatesville (10-6), Amigos De Tu Mama from McAllen (15-13) and Texas Trouble from Tomball (17-14) to advance to the championship where they beat Texas Trouble again (18-5) to win first place. Texas Trouble settled for second place, while Gettin’ Lucky from Mont Belvieu came in third, Amigos De Tu Mama took fourth, and Thrive254 and Tha Outsiderz from Sugar Land tied for fifth.

Fourteen teams battled it out in the Mixed D/E division and Overlooked from Stafford went undefeated through five games to win first place. Overlooked defeated TX B&B/Riot from Spring (18-12), Kaos from Edinburg (7-1), Partycrashers from Galveston (25-9) and Odor’s Fight Club from Austin (13-12) to advance to the championship game. Then, in a rematch with Partycrashers, Overlooked won in a shutout (15-0) to claim the title. Partycrashers finished second with a 4-2 record, Odor’s Fight Club came in third, Zapata Warriors from Bryan captured fourth, and TX B&B/Riot and Kaos tied for fifth.

Shaun Bradley of Overlooked was the Most Valuable Player of the Mixed Lower division and Christopher Cridland of Partycrashers was the Gold Glove winner. Others named to the All-Tournament team were Jade Alesna, Miguel Samaniego, Joseph Daniels and Faith Minor, of Overlooked; Angel Dominguez, Patricia Macias and Ryan Stubbs, of Partycrashers; Shamber Swindler, Drew Myers and David Chappell, of Odor’s Fight Club; and Brian Guajardo and Mikayla Flores, of Zapata Warriors.

The Men’s 35 & Over division was played Friday night at Veterans Park. The Lackland Warhawks went undefeated through three games to win the championship. Lackland defeated FML from Montgomery (17-9) and Infinity Action Sports from Austin (22-14) to advance to title game and then beat Infinity again (16-15) to claim the crown. Infinity settled for second place, Lite It Up from Houston came in third and FML took fourth.

“Not bad for a throw together squad,” said Lackland manager Brett Cannon. “I absolutely loved playing this tourney with this group of fellas.”

Claton Shaw of Lackland Warhawks was named Most Valuable Player of the division and Justin Graves of Infinity was the Gold Glove winner. Other members of the All-Tournament team were John Keene, Donte Lapoint, Jarvis Landry and Jason Torres, of Lackland Warhawks; Richard Cox, Lucio Govea and Art Archuleta, of Infinity Action Sports; Adam Dillard, Ben Donally and Shaun Bradley of Lite It Up; and Marcus Gebert and Manuel Laredo, of FML.

Tournament festivities kicked off Friday night with a $700 Home Run Derby at Veterans Park. Thirt-two hitters competed in a bracket-style format with the winner of each head-to-head matchup advancing to the next round. When the dust settled, the final two hitters standing were Jonell “Nelly” Rosa and Lyf Nimmo. In the final hit-off, Nimmo topped Nelly to take home the $700 prize.

The Parks & Recreation Departments from the Cities of Bryan and College Station had the fields in excellent playing condition and maintained them for the duration of the tournament, and the crew of quality USSSA umpires from across Texas pitched in to help make the event a success. 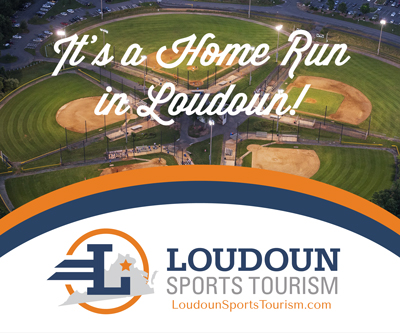 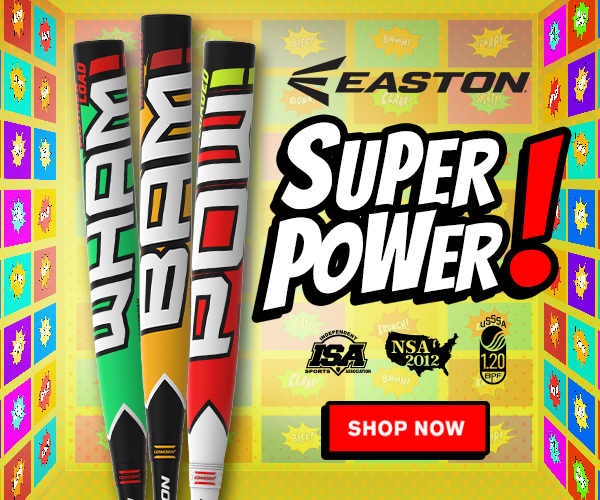 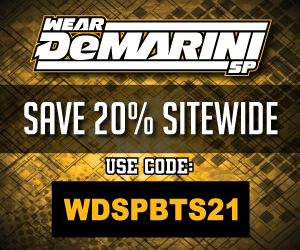 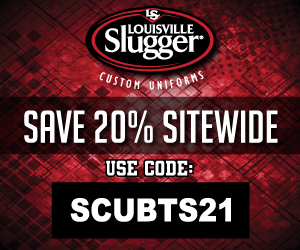 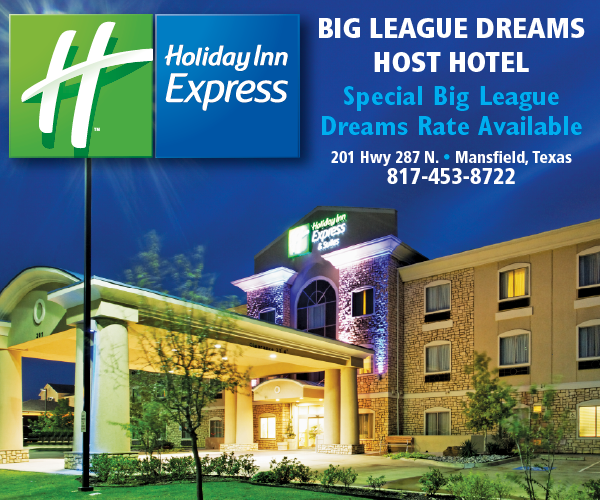 There have been some big changes at the Parks at Texas Star (formerly Softball World) in Euless...